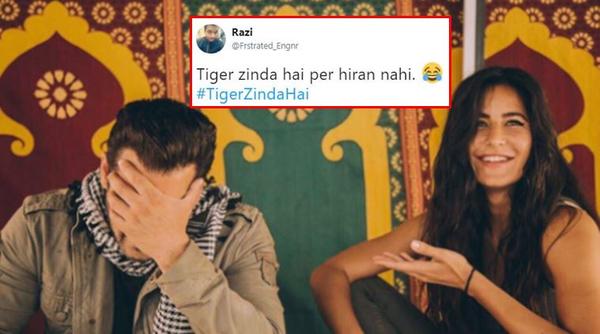 Ranbir Kapoor has donned a new look for his upcoming movie in which he is playing the character of 90's superstar Sanjay Dutt and it’s literally unbelievable to see the transformation that Ranbir shows to replicate the looks and body language of Sanjay Dutt.

It is an ongoing Bollywood gossip about the movie which is a biopic on Sanjay Dutt’s life and is directed by Raj Kumar Hirani. It’s no big news that Ranbir is very professional when it comes to movies and acting. For the role of Sanjay in the biopic of Sanjay Dutt, Ranbir has shown some tremendous versatility by transforming his looks and style just like Mr. Dutt. It was hard to believe when we are told about Doppelgangers but seeing Ranbir it’s imaginable that the cute star is all set for some meaty acting in his next upcoming movie.

Ranbir Kapoor’s new avatar from Sanjay Dutt biopic has left us speechless and we can’t stop chasing the fact that Ranbir is all set to benchmark a new set of acting chops. After perfecting the walk, Ranbir has got the look of Sanjay Dutt right on. While earlier the actor was seen boasting long locks just like Sanju Baba did in his young age, now it seems that Ranbir is shooting for the part where Sanjay is old, and we just cannot preserve our exhilaration seeing his makeover. It both shocking and drooling at the same time.

We can’t wait to see Ranbir in the big screen with his new mirror reflection of Superstar Sanjay Dutt. We truly appreciate his efforts and implementation to indulge into the character in order to make it believable and visually exciting.

Ranbir Kapoor: Sanjay Dutt hasn’t been a hypocrite about his life

Oh no! Ranbir Kapoor may land in jail