Can Apologies Make Up For the Trash that Comes Out of RGVs Mouth? 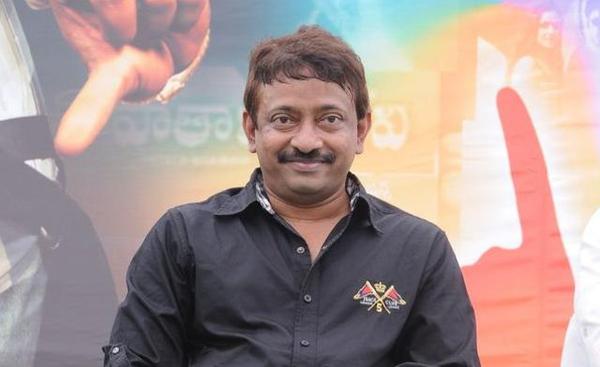 Ram Gopal Verma is a known face in the Bollywood industry not only because of being a filmmaker in the business but also because of his abusive remarks that he usually depicts on many Bollywood stars. Ramu has made some derogatory comments lately that have made him realize that he is not always right and need to apologize before his reputation goes on vain.

From calling Tiger Shroff as a bikini babe to filling sexist remarks on Sunny Leone to tweeting scurrilous words to Big B, the untamed provocative filmmaker has done it all. Now the director has surrounded himself with a new controversy and you won’t believe what Raju did this time. RGV openly tried pitting controversies between Tiger Shroff and Vidyut Jammwal on twitter. Raju tried to create a rift between the two hunks and was suggesting that both Tiger and Vidyut should fight and see who is stronger. He said in one of his tweets that Tiger should flagrantly challenge Vidyut for a fight to find out who is better between the two of them. Then, later on, he apologized and called it a fun way to poke them.

One would think that tirade had ceased on Twitter itself. But shortly that night, Ram Gopal Varma made a call to Vidyut Jammwal and sounded heavily drunk in the call. It turns out that Vidyut had recorded the call and flashed RGV by posting the audio clip on his sound cloud account. In the call, RGV is heard saying really mean words against Tiger Shroff. He was heard saying, “Vidyut, you are the greatest man I have seen in my life. Tiger Shroff is the greatest woman I saw in my life. Bottom line is, whether you can beat the sh*t out of Tiger Shroff or not? " Vidyut Jammwal is heard saying, “I don’t need to think about these things, Sir. I have bigger things to do in my life. Why are putting us together, Sir? Why are you doing this?”

Nevertheless, once Vidyut went public with this recording, Ramu apologized not just to the two young actors but also ‘Lord Ganpati’s devotees and South actor Pawan Kalyan’s fans’ since in the past he has targeted them as well. What do you think will this apologizes save him from public humiliation?

Guess Who Made it to the List of World's Top Martial Artists?

Disha Patani dated Parth Samthaan before Tiger Shroff? Here's why they called it off

Vidyut Jammwal: Women are blessed with sixth sense, which is a key to their self-defence.

Tiger Shroff wants to star in the remake of Parinda