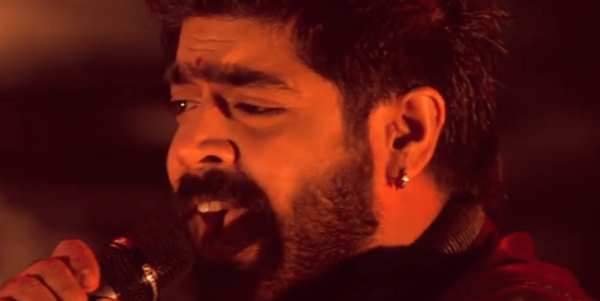 There is no big music platform in Indian television other than Indian Idol that promotes a legacy of amazing musical artists in our nation. We are very glad to announce that in season 9 of the musical show Indian Idol, LV Revanth has won the title and bagged the trophy of Indian Idol Season 9.

LV Revanth is a known singer in the south industry. He has done playback singing for various Tollywood movies including Bahubali which is the biggest hit of all time in Indian cinema. He winning the title of Indian Idol has really shown the journey of an already established singer to prove his roots.

LV Revanth has bagged the trophy of Indian Idol Season 9. What’s next? He wants to prove those who mocked his Hindi wrong by learning the language and making a mark in Bollywood.“I will go back home and celebrate with my friends and family who supported me, but I will come back to Bollywood and settle here,” says 26-year-old Revanth, who has won prize money of Rs 25 lakhs and a contract with Universal Music.

Revanth is very focused on his dreams and has many agendas to achieve in his span of stardom. In a media interaction when Revanth was asked by media about his plans after winning the title, he said,” I have big dreams and I have to make it big in Bollywood. I have one eye set on Bollywood and the other on Tollywood, but I want to work on my Hindi first.”

Revanth has won various glorious awards including IIFA for best playback singer in past and we can’t wait for him to rock his career in Bollywood too. We once again congratulate Ravanth for his epic win by fighting all odds and emerge as a warrior.

Celebrities in this Article: LV Revanth

Shocking Tale of Indian Idol Auditions as Told by an Ex-Auditioner!!!

Imran And Sonakshi At Indian Idol Junior For Promote OUATIMD