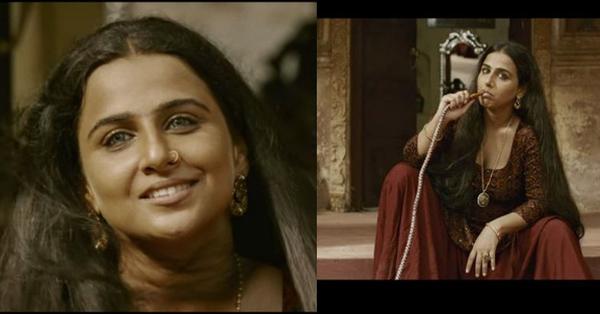 Vidya Balan is all set for a new release with movie Begum Jaan. After the trailer launch earlier last week the attention that the trailer got is remarkable. The trailer portrayed Vidya in a very bold look and we can’t wait to see Vidya breaking barriers to show her acting chops in this movie too. The trailer certainly has a bold column and some raunchy dialogue that makes it more special.

The trailer was launched earlier last week in Mumbai. If we go with the sources the movie will have some major cuts by the censor board before the release. The bold statements that we see in the trailer may not get broadcasted in the movie. Censor Board is back in action to justify moral and vulgarity with this movie.

When movie director and producer, Mukherji and Bhatt were asked about their takes on the censor board’s interpretation, they said there were a couple of abuses that were sanctioned, "In fact, they had gone against the code for various words and they allowed them. They said the film has forced us to contextualize those words which otherwise would have been a strict no-no," Mukherji said when asked on the film facing any issues with the censor board. He said it was a "reasonable" act on the censor's part.

When the main actress Vidya was asked about her view regarding the cuts that might happen because of the bold content that the movie has, she said that Mahesh Bhatt will easily handle the situation and also said that the movie is in safe hands when it comes to Bhatt campaign. She further added saying, " When you're doing such a film and you know that you have a strong support system behind you, then you can give your 100 percent to the film. But if you know that the scenes might get cut and no one can do anything about it, then you also feel a little helpless,"

We are waiting to see the final cut and we hope the movie makes sense even after major cuts from the Censor Board.

Celebrities in this Article: Vidya Balan

Trailer of Tamasha is Out, and You Will Love It!

Trailer of the movie - The Muppets