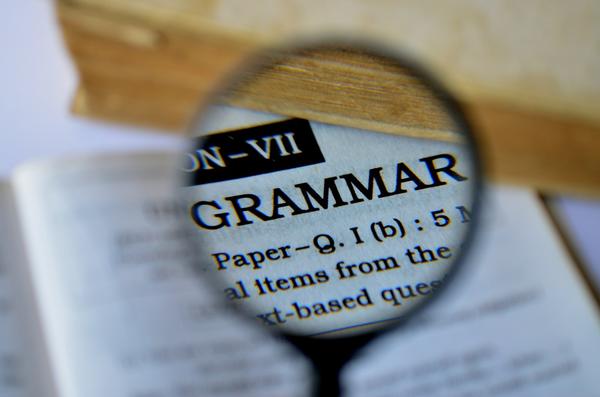 Whether you are a student or a working professional, knowing the English language has immense benefits. In fact, good knowledge of this foreign language is almost compulsory for success in our country today. This is why English is not regarded as a foreign language anymore. It is not only the barometer with which people judge your intelligence, knowledge, social status and class; it is also the tool that shapes your success.

So today we bring you a list of the most common grammatical errors that people make. If you find yourself making any of these mistakes, it is time to learn and fix them!

'Their' is a possessive noun, 'There; stands to specify location, and 'They're' is a contraction of 'they are'. Though they all sound the sae, they have different meanings and spellings.

Ramesh and Garima have brought 'their' son to the doctor's office. But the doctor isn't 'there'. 'They're' thinking of going to another doctor.

'Its' is a possessive pronoun and 'It's' is a shortened form of 'it is'.

The dog went round in circles trying to chase 'its' tail. 'It's' really difficult for a dog to actually catch its tail!

'Your' is another possessive pronoun just like its, and 'You're' is the short form of 'you are'.

'Your' mother is really lovely, and 'you're' her splitting image!

'Then' is used to convey time nd 'than' is used for making a comparison.

Garima finished her class and 'then' went home. She would rather go home 'than' waste her time with other girls of her class.

Nisha's father scolded her and it 'affected' her very badly. She is so sensitive that a little scolding has a big 'effect' on her.

So how many of these common 5 mistakes do you make?

You Will Be Impressed By How We Have Influenced the English Language!

Study of Sanskrit Makes You Smarter!

It's a wrap for 'Kesari': Parineeti Chopra shares her first look with Akshay Kumar

Sushrat Bharucha: Comedy is quite difficult to do

Film has suddenly lost its charm as its all digital now, says Amitabh Bachchan

Anushka Sharma: It’s not easy to handle stardom like SRK and Salman, It’s a talent

It’s my professional commitment: Aish to her purple lipstick haters