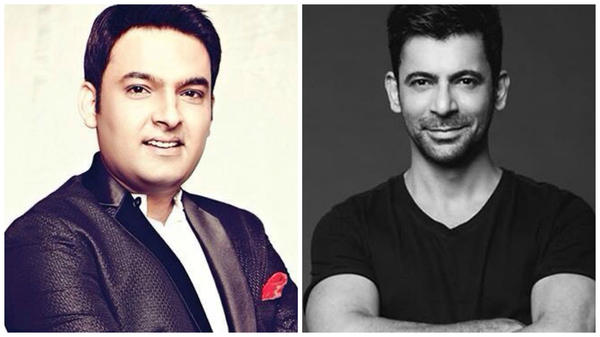 Sunil Grover recently put up a video, inviting his fans to come and watch him at Delhi's Talkatora Stadium on April 1st. Apparently, he is all set to launch his own comdey show after an ugly spat with his colleague and comedian Kapil Sharma. It is expected that Sunil will continue to don the role of famous Doctor Mashoor Gulati, and Kiku Sharda will be alongside him, playig his nurse. Well it's all good to hear as the fans have been really offended by the way Kapil Sharma has allegedly misbehaved with his team members, especially Sunil Grover.

It was reported  few days ago that Kapil got drunk on board a flight from Australia to Mumbai and misbehaved with his team members. When Sunil tried to calm him down, he hurled both abuses and a show at Sunil. There has been huge media and public outcry at this improper behaviour and high handed attitude by the ace comedian. This is why everyone is cheering on Sunil Grover and other team members who are leaving the Kapil Sharma Show.

But just look at the date! Sunil is launching his show on 1st April - the April Fool's day! Is this all really true, or is it just a big huge public prank?

Sunil Grover Drops a Hint About Working With Kapil Again

Kapil- Sunil fight row: Sharma says ‘Sunil's like brother, can come back whenever he wants’