Bollywood is Fighting for the Battle of Saragarhi!!! 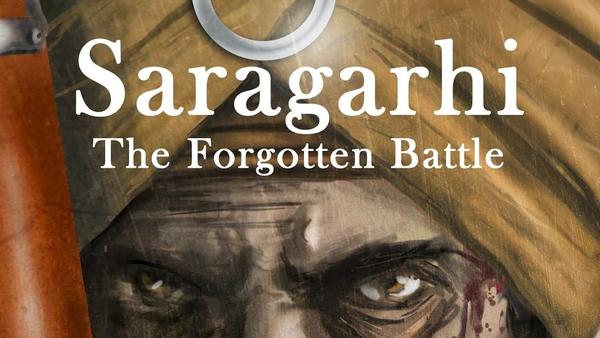 Battle of Saragarhi is one of the most fiercely fought battles in the history of mankind. It is probably the only battle where 21 soldiers of the British Indian Army (36th Sikhs regiment) fought against 10,000 Afghans and chose to die fighting. It is indeed a very interesting subject to historians and film makers alike.

Randeep Hooda, who was signed by Wave Cinemas for a 3 film deal has been preparing for the first film: The Battle of Saragrhi. The CEO of Wave Cinemas had revealed a little about this Rajkumar Santoshi film last August, saying: "For the next month-and-a-half, Randeep will be studying Sikh history under a guru, learning sword fighting and shooting with vintage rifles. He is already a master of horse riding and has been visiting the stables more often in the last few weeks. He has the body language of a warrior and he will be beefing up to resemble Ishar Singh. He has already started growing out his hair and beard." We have seen Randeep looking like the part with longish hair and beard.

Ajay Devgan had a very successful first innings as a Sardar in his Son of Sardaar. As his career seems to be going nowhere right now, he is hoping to revive the sardar magic with "Sons of Sardaar: the Battle of Saragarhi".

This is not where the fight for this battle ends! Salman Khan and Akshay Kumar are working together on a project with Karan Johar, and guess what! Yes, the film is about Battle of Saragarhi! When Ajay Devgan found out about this, he send an emotional plea to Salman (who is a very good friend) to not make a film about the same topic since Ajay had already invested two years of work into his film. This is what gave rise to rumours that the film had been shelved by Karan Johar, or at least Salman wasn't a part of it any more. But these are just rumours as Salman tweeted, "Don’t follow rumors . follow me . ek baar jo maine commitment kar di toh phir…… very much doing film with @akshaykumar."

Do you think there is a space for each of these films with the Indian audience? One film would have been awesome, but having three films on the same subject can be a little too tiresome for everyone, right?

Surprise! SLB is Set to Produce a Comic Thriller

Mumbai Firefighters Set to be Trained By Randeep Hooda in MMA.

Watch Out for Ram Kapoor on Discovery JEET

Despite grand welcome to Kesari, Parineeti gets lesser screen than Akshay Kumar

Not only Saragarhi, after Akshay Kumar now Ajay Devgn to also have a film on hockey

Karan Johar to make a biopic on Gunjan Saxena

KJo-Akshay's film on Battle of Saragarhi titled Kesari, to release during Holi 2019

'Shivaay' is fighting back in the Box Office battle with ADHM

Peek Into Son of Sardar

The Battle of Compliments