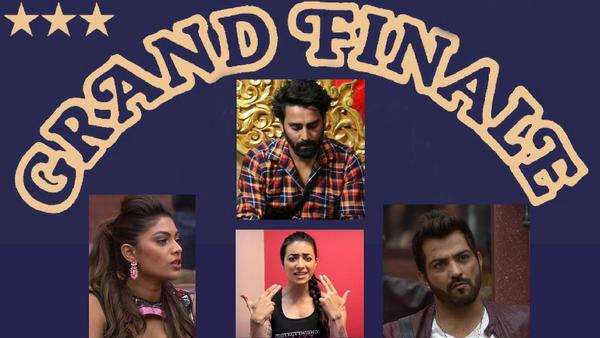 The tenth season of Bigg Boss has come to an end as common man Manveer Gurjar won the grand finale.

Manu Punjabi, Manveer Gurjar, Lopamudra Raut and BAni Judge were the 4 finalists who made it to the grand finale. Yesterday evening, as the big event kicked off, the 4 finalists were given a task in which the first one to press a buzzer could exit the show voluntarily, armed with an exit gift of Rs. 10 lakh. Within 14 seconds, Manu Punjabi made the decision to exit and left with his suitcase worth 10 lakhs.

The next to exit was Lopamudra Raut, and finally Manveer Gurjar was declared the winner! Manveer made his way through the show by riding pillion with his buddy Manu who was most popular amongst all the contestants in the first half duration of the show. Then Manu had to leave the show for a week, to attend to the last rites of his mother. This one week changed the whole game and Manveer Gurjar was forced to find his own feet and gained confidence in himself. Manu Punjabi was quieter when he returned, and he also put an end to the spark between him and Mona. All these things worked in Manveer's favour and he emerged as everyone's favorite. We got to see his bright and funny side. We loved his chemistry with his best friend Manu, Mona and Nitibha. There is no denying that India wale gave us the best moments and enetrtainment this year!

It will be very interesting to see where all this leads for each of these contestants. How many of them will be successful in acting careers? Will Nitibha bag a role in some film? Will someone sign Manu, Mona and Manveer for a comedy film? We hope these people go great places from here on!

Punjabis Are Hilarious, This Man Proves It!