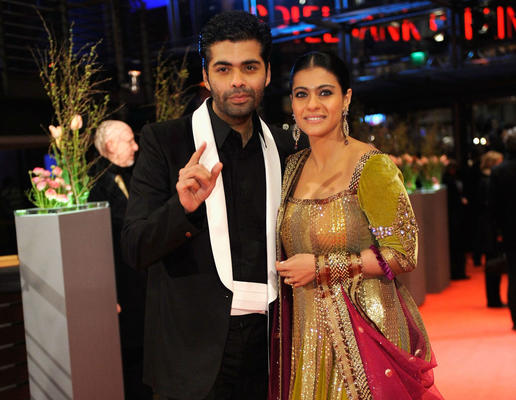 We always thought that Karan Johar and Kajol were Best Friends Forever. Perhaps they were, but it is a friendship that has gone sour. This friendship has gone the exact same way that the SRK-Kajol friendship went. SRK and Kajol were best of buddies when they were doing a lot of films together. Then the famous tussle between Ajay Devgan's Son of Sardar and YRF's Jab Tak Hai Jaan ruined this friendship. Kajol's husband and her BFF fought it out at the box office, but with Ajay claiming that SRK and YRF played foul, there was no way the two buddies could remain that close for very long.

History repeated itself when Karan's Ae Dil Hai Mushil released on the same day as Ajay Devgan's Shivaay. Once again, Ajay claimed foul play by Karan's production house. In fact, there was a rumour that Karan Johar paid someone to defame Shivaay. When this rumour surfaced, Kajol tweeted "Shocked!" and Karan could not help but feel let down. In his biography "An Unsuitable Boy", Karan writes, "Things were said, crazy accusations were made against me, that I had bribed someone to sabotage her husband’s film. I can’t even say that I was hurt or pained by it. I just wanted to blank it out. When she reacted to the whole situation and put out a tweet saying, ‘Shocked!’ that’s when I knew it was completely over for me. I don’t think she deserves me. I feel nothing for her any more."

So that chapter of friendship is certainly closed for both Karan and Kajol!

SRK and Zeeshan Ayyub share a heartwarming friendship in 'Zero'

Karan Johar: Kajol is a special part of my life

Find out what the Kajol says on again working with Karan Johar?