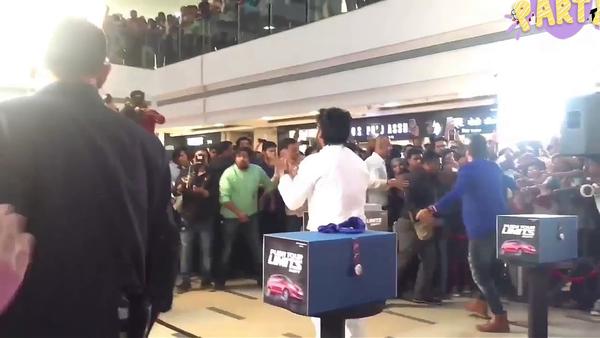 Bigg Boss 10 finally has a finalist. With three weeks left for the grand finale, Bigg Boss decided to host a Ticket to Finale event this week. A competitive task was held in which all the housemates (Except Rohan) had to walk around in an orbit, holding a bowl of colored water. Mannu and Manveer became the last two people to be still walking the orbit with water in their bowls, and this earned them a visit to the Orbit Mall in Navi Mumbai. The duo were locked up in life size cages from where they had to interact with the people in the mall, and ask them to vote for them.

Both Mannu and Manveer saw a lot of fan following at the mall and were showered with love and adulation. Manveer especially seemed to be the centre of attraction for young girls and women! After the votes were counted, Manveer has emerged as the winner. So Manveer Gurjar is our very first finalist who will compete in the finale of Bigg Boss 10.