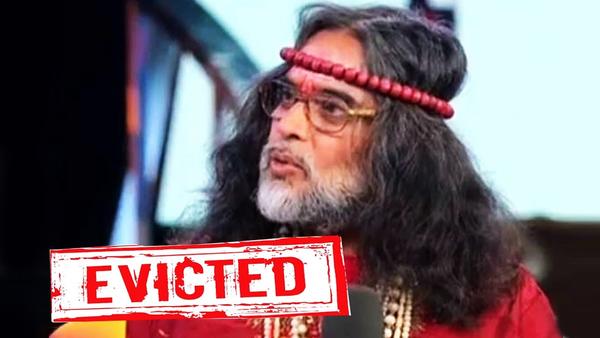 It is no secret that Swami Om ji can go to any length to stick around in the Bigg Boss house. He has spoiled many tasks, peed in a cup, fought with everyone, made numerous enemies, and has done everything else possible to irk the contestants living with him in the BB house. But this week, Swamiji has stooped to newer lows.

When Swami ji was pitted against Bani Judge in the captaincy task, he was miffed with the fact that all housemates supported Bani. Rohan was all out to make Swami lose the task and hence became the object of Swami ji's anger along with Bani. It has been reported that Swamiji threw his urine on Rohan and Bani in the captaincy task. This made everyone else very angry and Omji was promptly locked up in jail by Manveer. As a result of this unthinkable action by Swami ji, Bigg Boss decided to throw him out of the house. It has been confirmed by channel sources that Swami Om ji has indeed been evicted by Bigg Boss, and peace & calm have returned to the house!

What Do You Make of Bani J's Strange Carpet Appearance?

Bani Is the Most Selfish, Says Naveen!