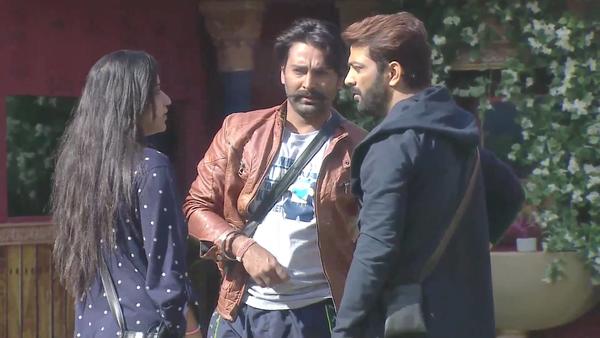 In a recent episode of the Bigg Boss Season 10, we saw Mona Lisa's actor boyfriend Vikrat Singh Rajpoot. He was a part of the Family event and was allowed to meet Mona, along with other housemates, for 10 minutes. Surprisingly, Vikrat did not say anything sweet, romantic or supportive to his girlfriend of 8 years in those 10 minutes. He used this limited time only to spew venom and question Mannu/Mona relationship.

Yesterday we saw Manveer's father appear on the show for the same event. Manveer and his father has not been on talking terms for a few years, so this show of support by his father was obviously important and emotional for Manveer. But what we could not digest is why Manveer's father warned him against Mannu? He told his son that Manveer should be cautious with Mannu and that everyone wanted him to play the game more independently.

Vikrant Singh Rajpoot and Mona have been in a relationship for almost a decade now. It is unlikely that Mona will take his words lightly. Same holds true for Manveer, who was warned by his father. Does this turn of events spell an end of M3? Do you think these three can survive a split up? What would you like their future course of action to be?

Who Is Mona Singh Dating?

Mona Lisa Will Be Back?