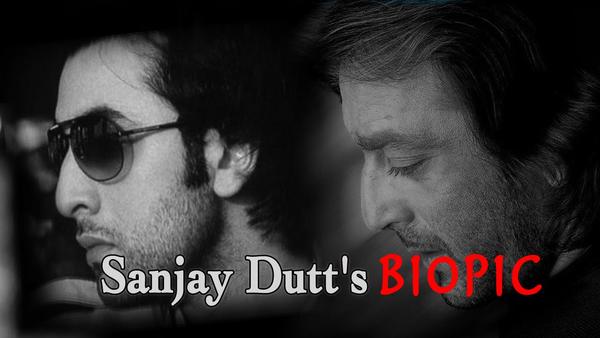 We have known for some time now that Raju Hirani is working on a Sanjay Dutt biopic. There's no denying that Sanjay Dutt's life is indeed a full on roller coaster life. From his iconic parents to his stardom, his substance abuse, relationships, and the TADA case, everything about Sanjay Dutt;s life is a story worth telling.

Raju has roped in Ranbir Kapoor to play the lead role in this biopic. So we hear these days Ranbir Kapoor is spending a lot of time at the Dutt household. He is spending hours chatting with Sanjay, sharing meals with the Dutt family, and even working out in Sanju Baba's personal gym. He is spending all this time with the Dutts, trying to get to know Sanjay Dutt, the man, and also to grasp on to his behaviour and mannerisms. We hear that Sanjay Dutt has been spilling his deepest and darkest secrets to the young actor. Will they be used? Probably not!

On the other hand, Raju Hirani has put together a great team of people whose job is to make Rabir look like Sanjay. They will use prosthetics and makeup to make Ranbir Kapoor look as alike as Sanjay Dutt as possible.

This will indeed be a very interesting biopic and we just can't wait!