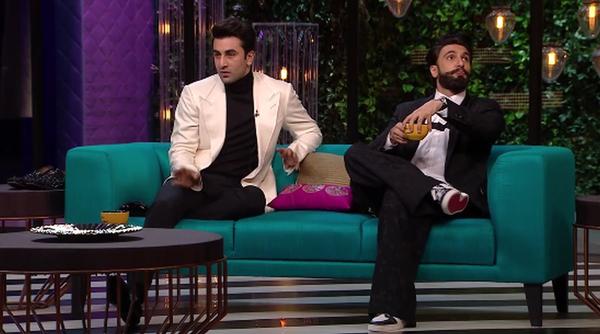 According to the show's promo, in the question round of Karan's show, where celebrities should reply to host's queries by saying Yes or No, but this time the style of replying was slightly different. To answer to Karan's scorching questions, both Ranbir and Ranveer has to kiss Arjun Kapoor if they have to say 'Yes' while replying Karan's questions. But, Karan, who is known for posturing stimulating interrogations to his guests, asked Ranbir Kapoor that have he ever slept with his friend’s girlfriend? And then Ranbir 'kissed' Arjun! Means it was a 'Yes'.

Well, the talk show is taking rounds of controversies to another level and we can’t wait to see the episode when it gets aired.

Vaani Kapoor to play lead opposite Ranbir Kapoor in Shamshera

Ranbir Kapoor And Alia Bhatt On The Set Of Times Now