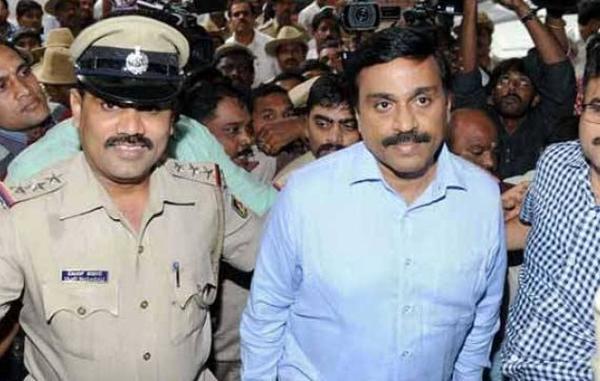 With the situation of demonetisation that is still creating a lot of hullabaloo in the entire nation, it seems that the situation has no effect on the former B.J.P. lawmaker Janardhan Reddy. Last week Mr Reddy’s daughter's ostentatious wedding made headlines all over the nation. It was found that the wedding was crowned with around 500 crore budget with a lavish out throw of glamour and richness.

Who is Janardhan Reddy?

“Gali Janardhana Reddy, born on 11 January 1967 is an Indian politician with the Badavara Shramikara Raitara Congress party and one of the richest politicians of Karnataka.”

Raid by IT dept.

Within days after G Janardhan Reddy's daughter's lavish wedding grabbed headlines for its magnificence, Income Tax Department has raided the mining baron's offices in Bellary. The Income Tax department has given him a three-page notice with 15 questions that he must answer by Friday.

As per a report in OneIndia, a team of five I-T Department officials raided the former BJP lawmaker's Obulapuram Mining Company (OMC) offices. Reddy's residence can come under the radar next, as reported by Aaj Tak. The encounter of raiding was performed around 12:30pm which created a lot of buzz on its prosaicism.

A two-page questionnaire was handed to Mr Reddy to answer on how the former spent on a wedding card fitted with LCD screens, jewellery, clothes, entertainment and food for the lavish event. The IT department took their ongoing survey in Bengaluru and Hyderabad where the wedding arrangements were made from.

The CBI is yet to track down the allegedly gigantic wealth of Mr Reddy, 49, who is getting examined in several cases of illegal mining and spent three years in prison before being released on bail last year.

How to Claim Your Income Tax Refund??

Generate Passive Income For Yourself

Ileana D'Cruz: My character in Raid is pivotal to the story

Ileana D'Cruz: The only film Ajay Devgn recommended me for was Raid

IT Raids On Kat Priyanka

Nathalia Kaur is the Only Saving Grace in Department!