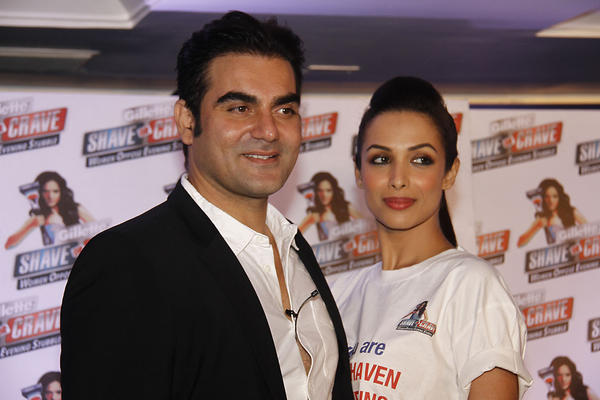 Well, the tabloids are on with the news that Malaika Arora Khan and Arbaaz Khan may give their marriage relationship a new start. In the past few days, not so comfortable couple Malaika Arora Khan and Arbaaz Khan have been giving us the ambiances that they might be getting back together. The couple was seen together many times after their split-up that took place 6 months ago. They have been seen on many family occasions and posed together for the family album.

We just hope that the star couple comes together soon. The couple was recurrently seen dining together and meeting frequently. Recently, Malaika was seen rejoicing her husband Arbaaz’s 49th birthday. They both looked content together and were seen cutting the birthday cake with simpers on their faces, holding each other’s hand. Last month too we saw both Malaika and Arbaaz together celebrating Eid with their family members at their penthouse apartment.

The very news of the couple coming together in their relationship may bring the Khan family a moment to rejoice. But the moment we were assuming the compatibility of the couple may bring them together again, Arbaaz Khan rusted the statement by stating that they are still separated and not together.

Malaika Arora and Arbaaz Khan were calling time on their marriage. The recent news may have been the title for the current closure of the couple but we are still not sure on what the future holds for the star couple. Malaika and Arbaaz had announced their leave-taking in the month of March through a joint declaration to the media. Malaika and Arbaaz have been married for 17 years.

Let’s hope Arbaaz and Malaika shape out their lives and come back together and give a reason for their fans to exult.

Arbaaz Khan Confirms his love affair with Giorgia Andriani, Says, “Yes, We Are Together”

Malaika Arora spills the beans on what happened the night prior to her divorce with Arbaaz Khan; read on

Arbaaz Khan spotted partying with a mystery girl in Goa

Arbaaz ends divorce rumours, dines out with Malaika and family

Malaika Arora and Arbaaz Khan heading for a Divorce

Malaika, Arbaaz On A Dinner Date At Olive

Aryan Khan Debut Not On the Cards Anytime Soon