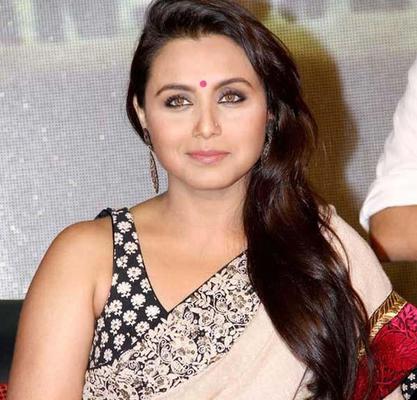 It is common that after getting into the stage of motherhood it’s hard for any actress to make a sudden comeback. Well, as per media reports Rani Mukerji is all set to make her comeback on the silver screen.

It’s an amazing news for all Rani fans that she will hit the silver screen very soon. The fascinating actress is now busy raising her 10-month old baby. But as per media reports, it is rumoured that Rani has signed an untitled movie to be directed by Siddharth P Malhotra.

The movie will be her comeback film after Mardani. The actress will play the lead role and the movie will be produced by Aditya Chopra. "Rani plays the central lead in Siddharth's film. Like Mardani, this one too will pact with a strong societal issue. Siddharth narrated the script to Adi first and then Rani. They both loved it and Adi will produce the film. Siddharth, Adi and Rani have been meeting and working out the project regarding dates and other stuff," a source told DNA.

In the present day, Rani is very nervous and anxious to pick up any movie. She is busy in raising her daughter Adira who is just 10 months old now. Rani is reading a lot of scripts and desires to make a firm comeback. Nevertheless, when Siddharth described the calligraphy to Aditya, he alleged that Rani was perfect for the role. Once things are finalized, the film, which will pact with a social issue, will spool out in mid next year.

However, Rani has not given any steady consent on her being a part of any movie but the ‘Black actress’ spokesperson has said that, Rani will certainly be doing a movie next year but she is currently reading scripts for the right move.