After Bachchan, Now Farhan Writes a Letter to his Daughter! 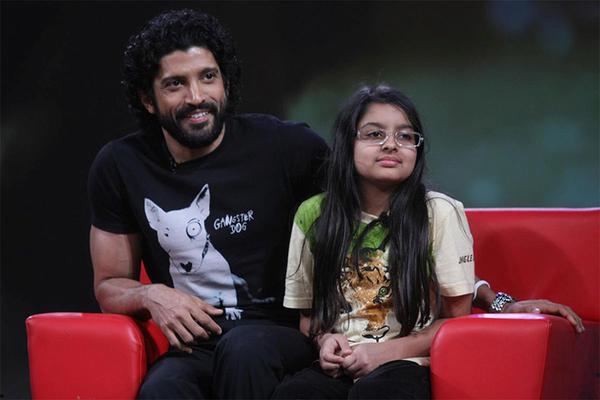 A few days back Mr. Bachchan wrote an open letter to his two granddaughters. Well, this time, it seems like Farhan Akhtar is also following the footsteps of Mr. Bachchan. Farhan has two daughters with his former wife Adhuna Akhtar. With being inspired by a recent movie release ‘Pink’, the actor wrote an open letter to his daughters under a social campaign called #LetsTalkAboutRape spearheaded by a popular daily in India.

How do I even start writing to you about sexual violence and rape? My instinct, any father’s instinct, is to protect and nurture, but it is an issue that we must confront and discuss. Let me start, dear child, by quoting from a poem I wrote after the brutal murder of a sprightly lawyer on my team in 2013. You were too young then, only 12, and all I wanted was to see you smile and feel brave and invincible like you did. The attempted rape and murder was too dark a subject for me to bring up then. Now, you’re 16 and I can read the questions in your mind. Yes, the same questions that I find myself asking”.

Being a personality that has a quality resemblance of being an actor, poet, director and also a singer has certainly made a stable point in his open letter. It’s nice that people are now raising their voice and stimulating their stands on discussing matters concerned with sexual abuse and rape.

The post by Farhan was dedicated to all girl child out in the nation. Farhan took his official Twitter account and narrated, “To mine, to yours, to all daughters out there. @htTweets @shammybaweja @MardOfficial @unwomenindia @glblctznIN #LetsTalkAboutRape

The Rock on actor underlines the importance of communication and open conversation before covering up his letter.

Celebrities in this Article: Farhan Akhtar

Guess Which Actress Impressed Big B With her Recent Performance?

Amitabh Bachchan Wrote a Letter, and It's Driving Twitter Crazy!

How To Write A Love Letter

Amitabh Bachchan wrote a handwritten letter to Deepika Padukone to praise her performance in 'Padmaavat'.