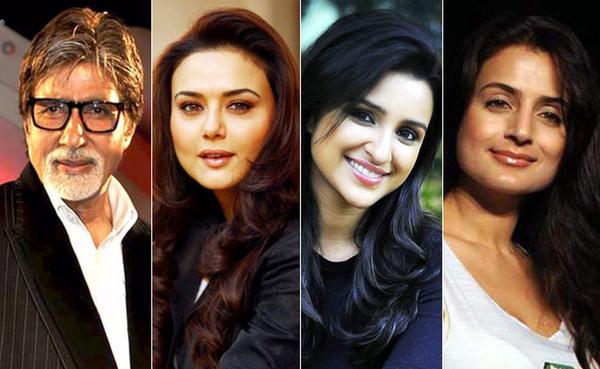 As glamorous and exciting our people of B-town guises, there are ample numbers of Bollywood stars who are well educated and are geek outburst. There are many B- town stars having an extraordinary taste of knowledge and education.

We can surely list down some of the most educated Bollywood celebrities, who if not acting could have gone anywhere with their educational qualification.

Amitabh Bachchan: -The fabled actor in Indian Cinema, Amitabh Bachchan has a double major in Science and also an honorary Doctorate degree from Queensland University in Australia to his credit.

Preity Zinta: -Preeti is one of the best commercial starlets we have in our film fraternity. She is equally talented in her educational scenario too. Preity has done her bachelors and masters in Criminal Psychology. She is also a graduate in English Honours.

Parineeti Chopra: - Our very own junior Chopra could have gone anywhere with her educational qualifications that she holds. She has a triple Honours degree in Business, Finance and Economics from the Manchester Business School in England.

Ameesha Patel: - Gadar actress isn’t on her highs in the movie business but surely holds a rank in the top most educated people in the movie business. Patel is a gold medallist in Economics from the Tufts University in Medford in Massachusetts. She has also earned a degree in Bio-Genetic Engineering from Boston University.

Vidya Balan: - She is truly one among the best actresses the movie industry has produced. Balan has earned a Bachelor’s in Sociology from St Xavier’s College. Later, she went on to do the Master’s degree from Mumbai University.

Shekhar Kapoor: - One of the finest film director in Bollywood. Mr. Kapoor completed the toughest courses of Chartered Accountancy in India He even did ICAEW of England.

Well, there are many more to the list of ‘educated celebrities of Bollywood’ above are the top six among all.

All You Need to Know About the New National Education Policy

Where do Our Tech Colleges Rank in the 'World's Best' List?

Is Online MBA Worth Your Money And Time?

Career Strategies for women (Part I)

Is Education Important for Success?