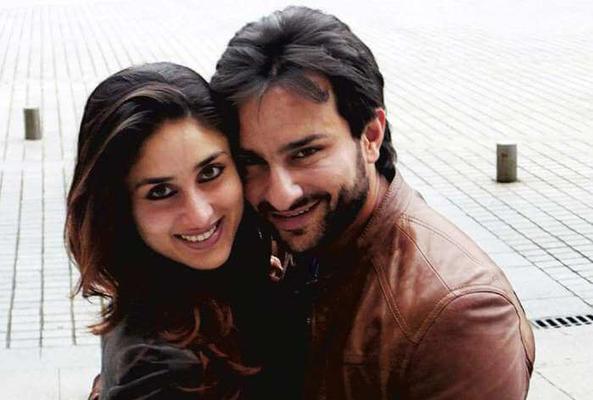 It’s not a new news that this year B-town is showered with motherhood. A golden couple of our own film industry Mr. and Mrs. Pataudi are also one among many from the B-town who are expecting a baby this year.

Kareena Kapoor Khan, who is relishing motherhood is appeased as ever. And to-be-dad Saif Ali Khan is enthusiastic too about being a father. Well, Bebo has been talking about her confinement, diet and maternity wear and now she has already revealed what Saif has thought about her baby’s name. Kareena who is thrilled and enjoying her phase of pregnancy is going to take a new step of motherhood. Well, if we consider the media sources Saif and Kareena have already decided the name of their child as "Saifeena".

Kareena Kapoor and Saif Ali Khan are truly enthused by other B-town couples when it comes to naming their baby. Having the name of their baby by combining both the mother’s and father’s name has become a new trend among the Bollywood couples. We can see that our very favourite B-town couple Kareena and Saif are encouraged by Shahid Kapoor and Mira Rajput as well as Aditya Chopra and Rani Mukerji.  If Shahid and Mira christened their daughter Misha which is a blend of both their names, Aditya and Rani baptised their bundle of joy Adira with the same thought in mind. Now Saif and Kareena are also deciding on calling their baby as “Saifeena” which is a combination of their names.

Saif and Kareena will soon be departing for a babymoon in Dubai. Saifeena! Yes, that is the same stretch with which media acknowledge Kareena and Saif. We are really hoping that Kareena said it in canard because think about the kid called Saifeena!

Well, we wish good for the couple and for the baby.

Kareena Kapoor Khan and Saif Ali Khan to have a second child? Find out what the actress has to say

So adorable! A picture of the baby and momma Kareena, will melt your heart