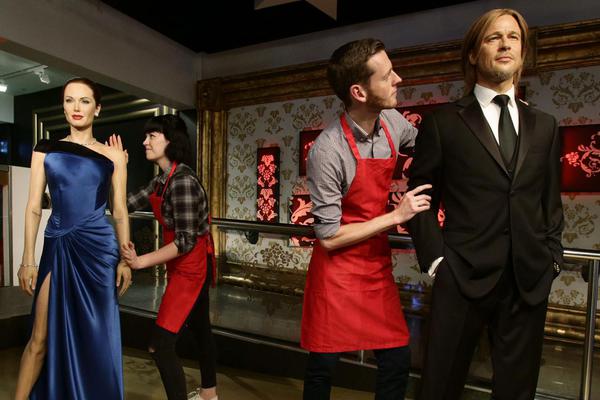 Soon after it was announced that Angelina Jolie had filed for divorce from her husband Brad Pitt, internet broke into sighs as well as laughs. Fans of the superhit sitcom Friends had the last laugh with their Karma jokes. But amongst all this mayhem, one person took decisive action. Madame Tussauds who had wax statues of  Hollywood's most popular power couple together in her museum, decided to separate the two and did it!

The museum tweeted, "Following the news that has shocked celebrity watchers worldwide, we can confirm we have separated Brad Pitt and Angelina Jolie's figures." So now we have Jolie by the side of Nicole Kidman, and Pitt is now next to Morgan Freeman.

The world has been shocked by end of Brangelina on one hand, and on the other hand also with the news that Pitt is being investigated for possible child abuse. Meanwhile, the lady who is said to be responsible for breakup of the Pitt-Jolie marriage, Marion Cotillard, has denied any role in the event.

Brangelina are now Man and Wife!