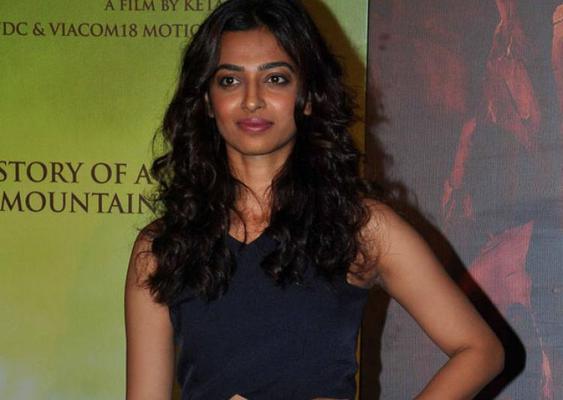 In the glamour world, there are some line-ups to its reach. We all are familiar with the “Casting Couch” theory that still persists in our modern film industry. No matter what’s the datum we cannot actually ignore the full fact that many actors and actresses have always been a victim to this agenda. In a recent media discussion with the “Majhi” actress, we found that the probability is still high on a streak when it comes to grasping a movie for a newcomer in the B-town. Radhika Apte recently opened up about her experience facing the casting couch in Bollywood.

In a recent media encounter, Radhika speaks out about the time when she faced the casting couch situation in her initial days of the movie business. Media has reported her saying, “Once I got a call and they said they’re doing this film in Bollywood and I want you to have a meeting with them. But would you be okay sleeping with that person? And I laughed! I said you’re so funny, you’re very funny and I said no I’m not. Ask him to go to hell (laughs).”

The situation of what we call negotiability is a pardon word when comes to reality in the movie business.  Casting couch problems do persist in B-town and are there for the longest time now. It is sad that be it a male or female star, they all seemed to have confronted this situation in their callings.

Well, we hope the experience that Miss Apte opened up on her encounter with the casting couch will make people around the business more aware and rigid to any such unpleasant dealings in the film fraternity.

Celebrities in this Article: Radhika Apte

Dangers of a Sedentary Lifestyle

Zareen Khan's shocking revelation on casting couch, reveals a filmmaker wanted to 'rehearse a kissing scene' with her