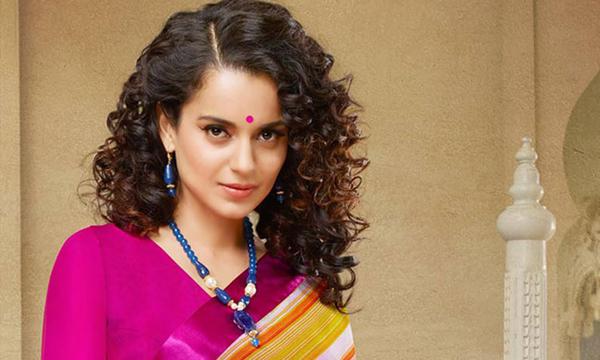 "Hi, I'm Radhika Mehta and I'm getting married this week. I work in a top investment bank. Thank you for reading my crazy story.

However, let me warn you. You may not like me too much. One, I make a lot of money. Two, I have an opinion on  everything. Three, I have had sex before. Now if I were a guy, you'd be cool with all this. Since I am a girl, these things don't really make me too likeable, do they?"

This is the teaser of Chetan Bhagat's new book "One Indian Girl". Yes, Chetan has released a teaser of his book! If there is a filmy writer, it is Chetan Bhagat. Everybody knows that Chetan doesn't write books, he writes scripts for movies. While his book Half Girlfriend is already being shot into a movie with Arjun Kapoor and Shradha Kapoor, Chetan is all set for the release of his latest book on October 1. Guess who is launching the book? Kangana Ranaut, the highest paid actress, has agreed to launch Chetan's book. Not only this, she also wants to play the lead role in the movie!

A month ago, Chetan had sent the manuscript of his book to Kangy, who loved it and called him to appreciate the book. Bhagat recalls his conversation, saying, "Kangana is an icon, one of the finest actresses today. Stories and scripts mean a lot to her. She is known for her take on feminism and honest opinions, and for her to praise my book and want to do the film is a huge compliment. I am really thankful to her for joining me."

Check Out the Trailer of Chetan Bhagat's New Book!

Books You Must Read This Holiday Season

Chetan Bhagat unhappy with 'Half Girlfriend': It was too filmi in parts

'Half Girlfriend' trailer out! It shows the unconditional love between Shraddha and Arjun

A Chipkali saves his Friend from snake
LATEST EVENTS / GALLERIES
Most Read
...loading