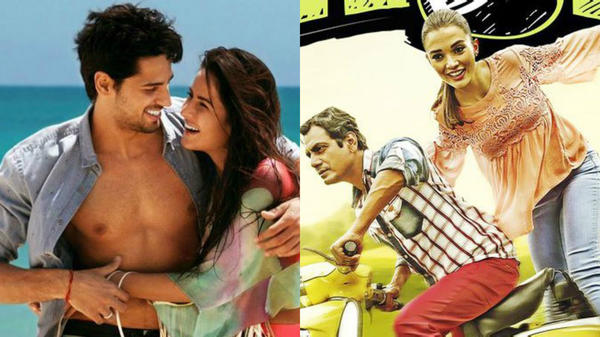 Let's talk about Katrina Kaif-Sidharth Malhotra starrer Baar Baar Dekho. Directed by Nitya Mehra, BBD has been produced by Farhan Akhtar and Ritesh Sidhwani. When Farhan and Ritesh make a film, you should definitely take it seriously and expect good cinema. So like most of their films, this is also a very modern and chic story. It's about the love story and life of two people who fall in love as teenagers and the story goes on to showcase their life till they are in the sixties. It shows the ups and downs of their relationship and marriage. Though the cast is very good looking, the performances lack substance and most scenes look contrived and unconvincing. The script could have been a lot better too! May not Baar Baar Dekho, but the film can be a One Time Dekho for sure.

Freaky Ali is this season's offering from the Khan Khandaan. Directed by Sohail Khan, it is a rags to riches story of an ordinary man who gets involved in the world of golf. Nawazuddin Siddiqui performs excellently, as always. The film also has important roles for Arbaaz Khan and Amy Jackson. To sum up in one line, Freaky Ali is a laugh riot and a must watch.

Whichever film you choose, have fun and enjoy your weekend!

Deepika and Katrina: A Catfight Coming to an End?

Shilpa Shetty Finally Gets A Reprieve..