Preity has a crush on Aishwarya 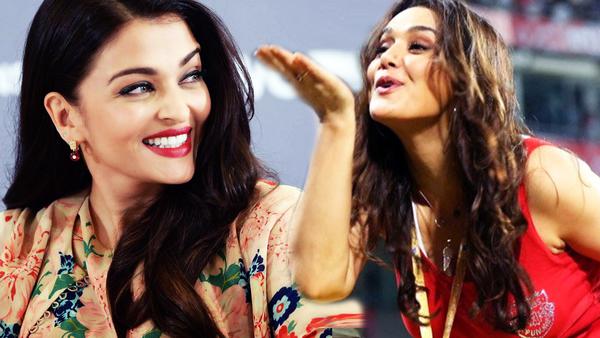 Well the buzz is around the pack full of surprises. As per the recent tabloids it’s been ringing a lot with the statement that Actress Preity Zinta made on the former miss world and good friend from the film business. We all saw the recent released teaser of ADHM, guess what we were not the only one who got awestruck to the glamorous Aishwarya. After the post release of the teaser ADHM, Preity Zinta who is also a most celebrated actress and a friend of Aishwarya took twitter to praise her.

There were all praises from her side Preity tweeted, "Hey @juniorbachchan Happy Ganesh Chaturthi I'm watching the #Aedilhaimushkil promo in a loop & I think I have a girl crush on Ash #bachaao"

Isn't that sweet? Well, Abhishek was quick to reply with, "@realpreityzinta Oye!!! Hands off Z! She's spoken for."

It’s been a long time when we can actually see actresses getting along so well and open to their statement in the best way possible. Karan Johar's Diwali release 'Ae Dil Hai Mushkil' has already shaped undulations in the web world with its stunning cinematography. Within hours of its publication on the internet, gifs and pics from the trailer became viral. Now when all of that is trendy, one gets the clue that the letterings and the film is undeniably shot radiantly. For the very first time, Aishwarya Rai Bachchan is seen in a dissimilar light and you can't help falling for her in each frame. So just like us, even celebrities get fascinated by equivalent stars. With the recent statement by Preity Zinta on social media it is clear that she among all has a girl crush on Aishwarya. Isn’t it sweet to glance the appreciation from Miss Zinta. Well stay tuned for more updates.

Celebrities in this Article: Preity Zinta,

PreityZinta Is Tying The Knot!

International Awards CAN Be Won Without Lobbying!!!

Preity Zinta On The Sets Of Comedy Circus

Preity Zinta on the sets of Ishq In Paris