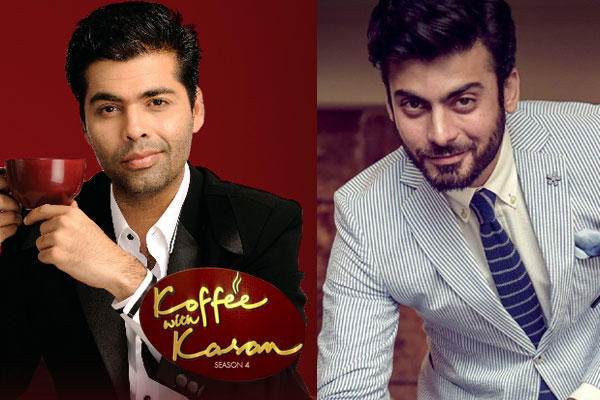 The very well known TV show is all set for its 5th season. We are talking about the most awaited celebrity show “Koffee with Karan”. This show is one of most controversial and bucket list showering show that has always made some big bold headlines in every media space. It is one natter show that the entire country talks about. We enthusiastically wait year after year just like a fun festival. Be it men or women, children or oldies, office goers or housewives, we all just can't seem to get adequate of Koffee with Karan.

And as per media reports now the show is back with a bang. In its 5th season it is in news that the show is about to bring Fawad Khan as its first guest. There are still speculations on whom will Fawad join next on the couch. It’s like Karan Johar is moving his taste from biggies to newbies. The recent news has made a lot of buzz around the audiences. The show is coming back after long two and a half years. The show will go on air between September end and October first week.

With Fawad being the first guest on KWK there will be lot more spice and controversial statements that may come along with the telecast. The show always has big stars on the first day and this season being an exception makes a new change on the viewer’s expectations. It seems like Karan Johar got his new eye candy and this time it’s not Shah Rukh Khan but it’s the Pakistani actor Fawad Khan. Well let’s hope everything goes on the best possible way and we get the best spicy glimpses of the show as we always do in all previous seasons. So brace for a little while to get the most controversial yet awesome show on air.

Here is the promo of Koffee With Karan Season 5

Katrina and Fawad to pair up for Karan Johar's next Raat Baaki?