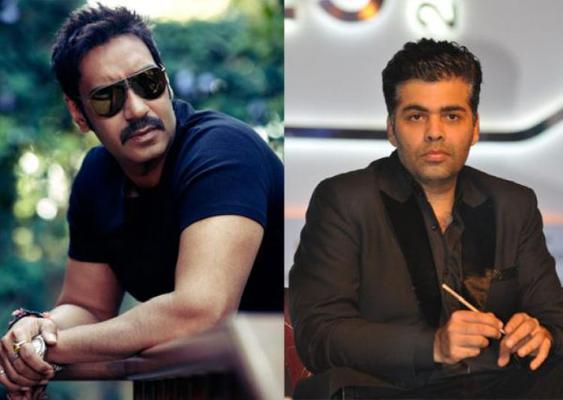 The peak of every news at the moment is about the recent rift between Ajay Devgan and Karan Johar. Being the all-time rivalry colleagues, Devgan and KJO are in the deep rift when twitter go aghast to the indictment that Ajay Devgan made on Karan Johar about giving ransom to the self-proclaimed critic KRK on praising Kjo’s new upcoming movie on Diwali and bad mouthing Shivaay. Both the movies will clash on the Diwali night out. This rift really started when Ajay Devgan blames Karan Johar for KRK's callous tweets about his next film. Is there any truth to this allegation?

Bollywood is now in a deep contagious position when one cannot predict the real mole in the business. Once the best friend of Devgan’s wife, Karan is now the controversial child of B-town. It is believed that Karan is behind the bad mouthing of Devgan’s movie. The cruel intentions came along the way when in the recent social media interactions, KRK convicted a foul out-say on Devgan’s Shivaay and praising Kjo’s ADHM. It was not hard to scrutinize what, how and why these so called showbiz people actually wants to show.

The accusation made the twitter repartee with KRK when Devgan posted an audio clip that Kumar Mangat Pathak, Producer and his business associate had recorded. Reportedly, Devgan suspected a foul play when KRK suddenly started to disrepute Shivaay and was all praises for Johar’s upcoming film. Devgan even issued an official report demanding probe if Johar was indeed involved in the matter.

When contacted, KJO refused to comment on the matter. However, a source close to him says, “KRK is the last person Karan would want to have a conversation with. According to Karan Johar, his self-respect, reputation, company's reputation and his upbringing doesn't allow him to dignify the asked question with a response. Well let’s see how long this rift continue. We wish everything goes in the best interest of all.

No One Else Can Launch Aryan!