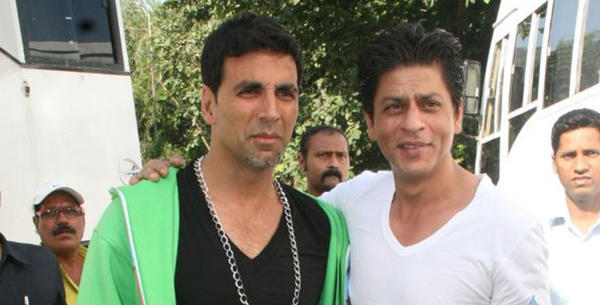 A few days ago we heard that Deepika Padukone featured on the Forbes list of Top 10 highest earning female actors in the world. That made us all proud and happy to know that our girl was doing so well internationally. Bollywood's boys, or men if you will prefer, are not going to disappoint their fans either!

Akshay Kumar shared the Number 10 slot on the Forbes list of highest earning actors with Brad Pitt by earning 31.5 million dollars. Shahrukh Khan did a little better by securing the 8th spot with his cool 33 million dollars! Dwayne Rock Johnson topped the list with his whopping 64 million dollars!

Our desi actors make all their moolah from the films they produce and act in, and also from the endorsement deals they are associated with.