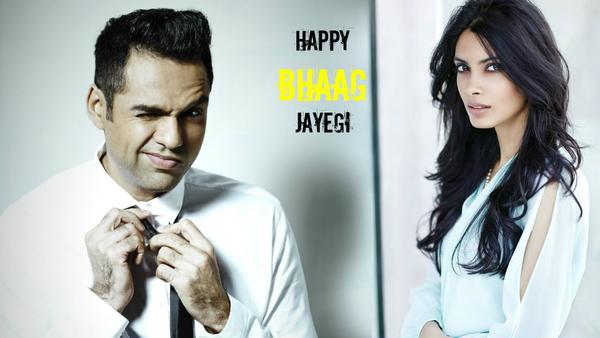 Abhay Deol has been missing from the Bollywood scene for some time. His last film One by Two had bombed, and his fans have been wondering since then if he has retired. But thankfully, he hasn't.

From the makers of Tanu Weds Manu and Tanu Weds Manu Returns, we once again have another wedding drama based film. You might be tempted to think that "Happy Bhaag Jayegi" is a remake of the Runway Bride. Well, there might have been an inspiration, but the film has a lot more going on it that will surprise and entertain you. This is also a sort-of comeback vehicle for both Abhay Deol and Diana Penty, so the actors have a lot at stake here.

As Abhay himself said, "I guess, because there has been a long gap, some people are also saying this is going to be my comeback, in that regard it is extremely important. Because if people are saying it is a 'comeback' and even then it doesn't work, people will say 'go back'. So may be it is a lot heavier than before."

Trailer of Abhay Deol's Next Cute Project is Out!

Dear Maya: What is Manisha Koirala's Comeback All About?