Sarabhai Returns On the Web! 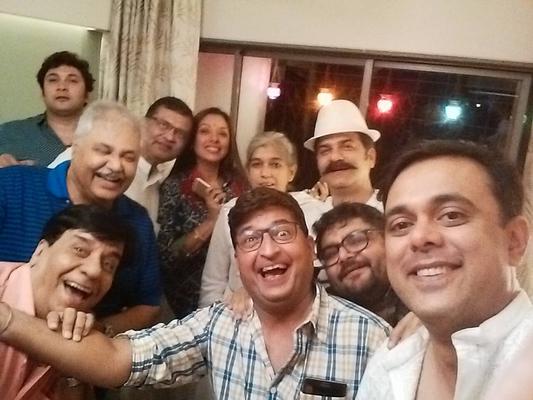 There is a section of the audience that just can't get over the Sarabhai's. The show Sarabhai Vs Sarabhi came to an end in 2006, but these fans are still waiting for another season!

The man behind this immensly loved show JD Majithia has revealed his plans to bring the show back after a decade. But this time, the Sarabhai's will be back in the form of a web series. He tweeted a reunion picture of the whole gang with a message saying that he had good news for the fans. He said in an interview that he was overwhelmed by the love and support of the show's fans. Many fans even offered to finance the show whenever he was ready to bring it back. The team did not want to get into an unending show for the TV, so they decided to bring it as a fixed length series for the web. So wait and watch, Roshesh will soon be back with his "Whoopie, Momma!"

Why Did Rajesh Kumar aka Rosesh Sarabhai Quit Acting?

Popular Sitcom Khichdi Set to Make a Comeback on Telly!

Sonakshi Sinha's witty replies to fans curious about her marriage! Have a look

Latest poster of Kalki Koechlin's Bhram gets into trouble

Alia Bhatt: The best way to show my love to my fans is by giving good performances

First Promo of Sarabhai Vs Sarabhai

Robert Pattison is a SRK-Kajol Fan!