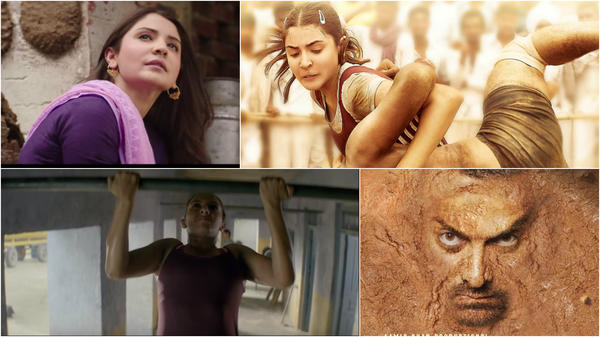 A little competition is inevitable in Bollywood. You might think that old friends would probably make efforts to eliminate competition and help each other out. This is what we have witnessed so many times with producers moving their release dates to accommodate each other etc. This is why this event comes as a big surprise to all.

Recently, a new teaser of Salman Khan-Anushka Sharma starrer Sultan was released. What everyone found interesting was the similarity between this teaser and a TV commercial based on wrestler Geeta Phogat's life. The uncanny similarity proves that the teaser has undoubtedly been "inspired" from the TV commercial.

What everyone is now wondering about is if the whole film Sultan is inspired from Geeta Phogat's life. If it is, this is a big threat to Aamir's Dangal. Dangal is the story of Geeta Phogat, her sister and her father.

Bhagwad Geeta To Be Banned?

Dangal’ unable to beat ‘Sultan’, after three days at the box office

Wow: Aamir Khan to choose an outfit for Geeta Phogat on her wedding

Break Out: Teaser of the much awaited biographical sports drama flick Sultan