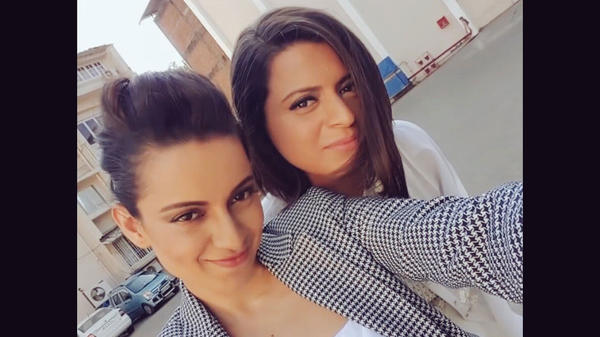 At a recent magazine launch event, Kangana Ranaut and her lovely sister Rangoli got candid and spoke freely about their lives, family and experiences. They revealed that Rangoli is an acid attack survivor and has only emerged stronger from that distressing situation of her life.

Kangana also shared that she wanted the exclusive rights to her sister's life. Kangy feels that her sister has a very interesting life and has story that everyone needs to know. Having said that, Kangana said that she wanted to make a film on Rangoli's life and play the character herself.

Kanagna is known to play characters and do films that other actresses would probably not dare to. She likes to experiment and keep doing new things. She also revealed that she wanted to turn director. Seems like Kangana has a lot more things she wants to achieve yet.

Twitter battle aside, Kangana Ranaut and Taapsee Pannu gearing up to work with the same director?