Saif and Kareena Are Not Possessive! 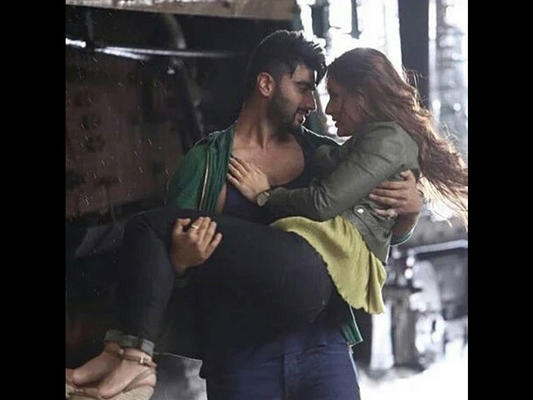 We regular women really have a lot to learn from the Bollywood wives. For instance, take the example of Saif and Kareena. Two very good looking people who are married to each other. They play romantic parts in their films with other actors. But they don't mind that about each other. When Saif and Kareena got married in 2012, they had said that they were both a little possessive about each other and had decided on a no-kissing-in-films policy. But a few years down the line, that policy seems to have been put to rest.

We will all watch Kareena kiss her onscreen husband Arjun Kapoor a few times in Ki and Ka. When quizzed about it, Bebo candidly confessed, "I told Saif that Arjun and I are playing husband and wife, so he was aware that there will be kissing scenes. In fact, he told me that as the film is about a husband and wife, I should not be stupid and put down restrictions. If you are doing the role and putting everything into it, then do it with complete faith and conviction and be true to your director."

She also clarified that the couple had decided to do away with their no-kising policy. "When we make certain statements we may mean something but a few years later down the line, as we grow older, wiser and more mature, our mindset, views and outlook to life changes too. So, if we said something then, we believed in it, today that has changed. When Saif and I got married there was a slight possessiveness and we decided let’s not do some things on screen now that we are married and yes, kissing was one of them. A little while ago, when we both sat down as actors and discussed this, we realised the fact that this kissing restriction was a bit archaic and our thinking was a bit outdated. It's old-fashioned, these days, to say I will do that or won't do that. So Saif and I decided that we should do things which the character demands. We are actors and we have to go with the flow of the script. Of course, unnecessarily, random kissing which is not required, we won't do."

One can't help but wonder what really is behind the kissing-ok" policy now. Have they really matured as a couple and are not possessive anymore? Or is it just a survival instinct that tells them that kissing has to be ok if they are to survive in the competitive world of Bollywood? What do yo think?

Never Force Your Children to Give Hugs or Kisses

Are You Over-Possessive? (Part I)

Hrithik Roshan on Tiger Shroff: My words won't do justice to the kind of talent he possesses

It’s confirmed: Kareena does not have a cameo in Hubby Saif’s Chef

What! Ajay broke his no kissing policy for Shivaay