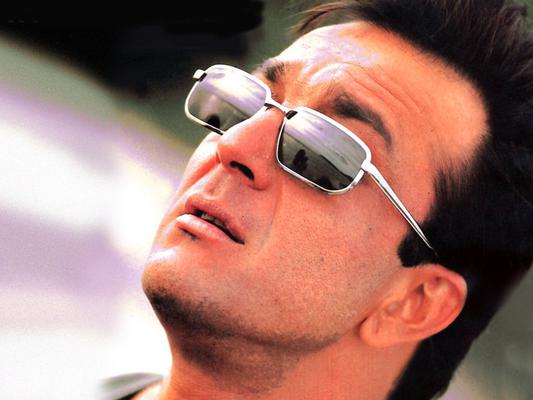 Sanjay Dutt and his family are some of the happiest people today. Sanjay is finally a free man after more than two decades of legal cases, allegations, trials, judgements, prison etc. The court has also absolved him of any involvement in the 1993 bomb blasts in Mumbai and it has been clarified that Sanjay Dutt was punished for and involved only in an illegal possession of arms case.

Soon after stepping into the world as a free man, Sanjay met with the press and gave a statement. He made some heart tugging revelations and confessions, just like some he'd made before going to prison. Here are a few things Sanjay Dutt has said to the media at various times (mostly very recently).

- "Manyata is my best half. She has been my pillar of strength throughout, even at times when I have been weak. I have handed over whatever I earned in the jail to her."

- "I request the media that whenever they write or mention anything about me, don't write 1993 blasts case before my name... I'm not into it."

- "I think this celebrity status made a lot of things difficult for me. I wasn't allowed to do many things, because I was a celebrity. But one can't afford to be weak inside the prison."

- "I feel I am the chosen one. I keep getting into trouble but keep coming out of it. God has always been there for me. I used to reassure myself that maybe if I was out I would have been killed and this is God's way of protecting me - by keeping me in jail. And so far I think I have fared well at all the tests he has taken."

- "Someone asked me to try it once, I tried it and then it remained with me for the next nine years of my life. I always used to be in my own world. From heroin to cocaine, I tried everything that was there in the books. I used to sniff and take pills. I even used to inject drugs into my body."

- "One day I had taken heroin and went to sleep. Woke up after sometime... My servant on seeing me, started crying and said that 'baba you've woken up after two days.' I was shocked. I went and saw myself in the mirror. My face had that drenched look and I knew it that if I don't stop myself now I will probably die. So I went to dad and told him to save me. He sent me to a well-known hospital and soon after that I was sent to America to a rehabilitation center."

- "I have become more tolerant now. Inside jail I was nobody. I used to sit and eat with robbers and thieves. It humbled me down. Broke my ego. I read the Bhagavad Gita inside jail. And my faith in God has only strengthened with time."

Isn't that such a filmy life? No wonder Raju Hirani is making a biopic on Sanjay Dutt!

Sanjay Dutt: People want to see me as Baba again

Sanjay Dutt: Being a gangster comes naturally to me

Sanjay Dutt: I would wish to have Salman in a cameo in my biopic