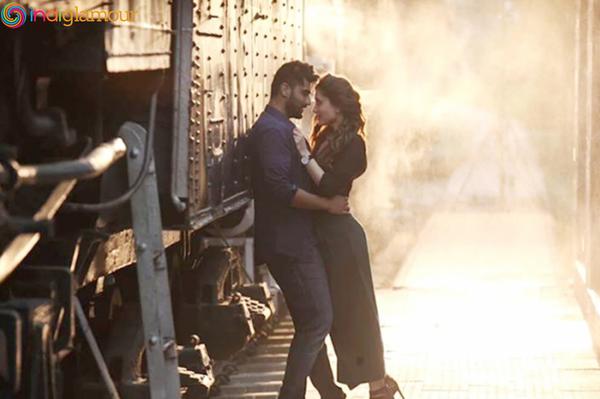 So we hear that Arjun Kapoor is a pro at kissing, and this confirmation comes from none other than Kareena Kapoor Khan!

Everyone is talking of the great chemistry between the two in Ki and Ka, the first trailer of which was launched recently. Apparently, there are a couple of kisses in the film so Kareena should know! Arjun Kapoor thanked Kareena for bearing with him at the trailer launch event. Kareena immediately replied, "That's because I love you Arjun and you are a great kisser!"

Obviously, Arjun is on the top of the world after this public validation of his kissing skills!

Kareena and Arjun Roped in for Anurag Basu's Next!

Saif and Kareena Are Not Possessive!

How To Be A Better Kisser?

Kareena Kapoor Khan On The Sets Of Satyagraha At Bhopal

I Am Not a Serial Kisser!
LATEST EVENTS / GALLERIES
Most Read
...loading