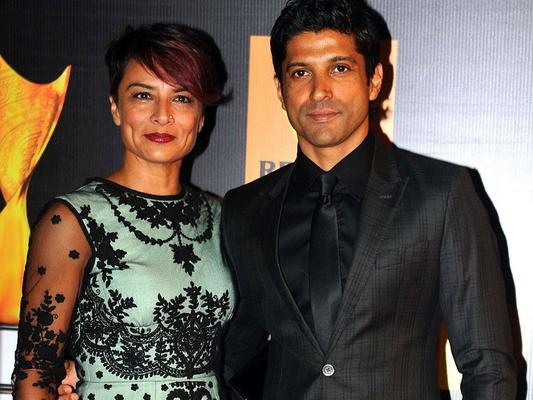 After Hrithik Roshan, it is now time for his friend Farhan Akhtar to divorce!

We have always seen Farhan Akhtar as a doting husband to his lovely wife Adhuna Akhtar. The two have always come across as a loving couple who were meant for "the ever after". But apparently, we were wrong all along. Farhan and Adhuna have decided to split ways after 15 years of being married to each other.

The ex-couple have given a joint statement to the media, requesting for privacy. "This is to announce that we, Adhuna and Farhan, have mutually and amicably decided to separate. Our children remain our priority and it is immensely important to us, as responsible parents, that they be protected from unwarranted speculation and public glare. We sincerely request that we are given the privacy that is required at this time to move forward in a dignified manner."

The Akhtars had met during the shooting of Dil Chahta Hai, which was the directorial debut for Farhan and hair styling debut film for Adhuna. After dating for three years, they got married. Theirs is a really dreamy kind of love story and we hate to see it come to an end. We hope they rethink this!

Celebrities in this Article: Farhan Akhtar

After Bachchan, Now Farhan Writes a Letter to his Daughter!

Has Aditi Rao Hydari become the member of Farhan’s family?

Is Aditi Rao Hydari reason for Farhan and Adhuna's separation

Shamshad Begum is No More!