Why Does Nobody Want to Work In Aankhen 2? 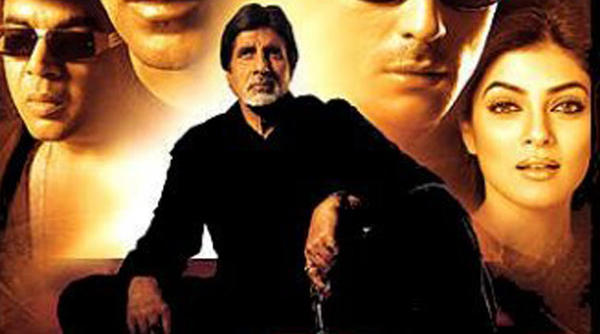 Vipul Shah gave us a great film when he made Aankhen a few years ago. We have been expecting a sequel all along! It seems that the producers are finally gearing up to make another Aankhen but they just can't get any actors to sign up for the film.

Amitabh Bachchan has confirmed that he is working in the second installment of Aankhen later this year. We heard that Bachchan junior was being roped in too, but Amit ji has categorically said that Abhishek is not working in this film.

We heard that John Abraham would replace Akshay Kumar in Aankhen 2. But then we heard it wasn't happening either. The producers have been eyeing Shahid Kapoor after John's departure from the project. But it seems Sasha is not interested either!

Aankhen was such a different and interesting concept. Why can't it find any leading men?

Gaurang Doshi: I Keep Mr. Bachchan in mind whenever I write a script

Janhvi Kapoor's second outing to be opposite Ranveer in Rohit Shetty's Temper?

Arjun Rampal: Aankhen 2 will be 'Bigger and Better' than the first part