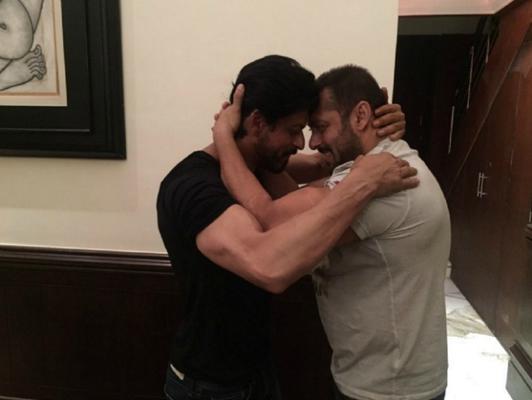 Shahrukh Khan celebrated his 50th birthday recently. It wasn't an average 50th birthday that we or our parents might have! It was the king size birthday suitable for King Khan. In case you missed reading all about it, here are the special highlights from the star's big day.

- Big hug from Salman. Friends-turned foes-turned friends Karan Arjun shared this bear hug which deserves a special mention! At an event to celebrate his 50th, SRK even called Salman a stud. "I love Salman. He's cool guy, a stud, and a superstar!"

- SRK showed how to do his signature step to a fan at the event.

- Thousands of fans thronged SRK's Bandra residence Mannat and the star posted pictures of the crowd with thanks.

- His cute little son Abram again stole the thunder when SRK brought him out on the balcony of Mannat.

- SRK shared his views on surrogacy with the world in a post on a social media website. He is obviously pro-surrogacy and believes we should have regularized surrogacy to aid couples who can't have children.

See, we told you this wasn't an average 50th birthday!

Why Did Tusshar Kapoor Choose Surrogacy?

Aamir Khan Celebrates His 50th Birthday With The Media

Birthday Party of a Princess!