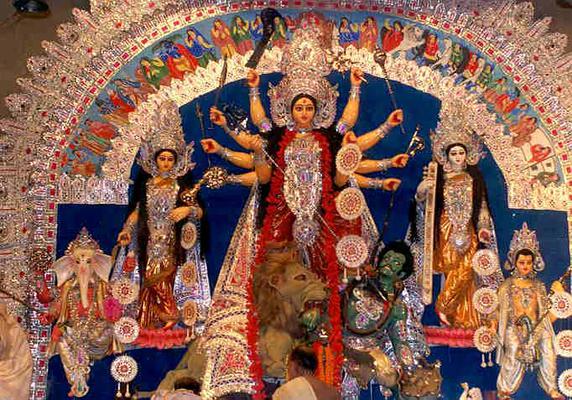 As the whole country celebrated Navratri, there is no worship of the Goddess in a certain family that grieves for the daughter that was raped during this holy festival. There is another family in Delhi, asking the same question for their little angel was also gang raped during this holy festival. How shameful and disgusting is this that a two year old girl was abducted by two men from a religious gathering and raped before being dumped in a park near her house? In another incident, a five year old was lured to a neighbor's house and gang raped.

On one hand we are worshipping Goddess Durga, and on the other hand we can't even protect our little girls. Is it just the job of the police to protect each and every girl in the city? Is it even possible for them to watch over all the girls in a huge city? Why does the community not accept some of the responsibility? Why do we look the other way and turn a blind eye when we feel something is amiss, that someone seems to be in danger? Look into yourself and ask yourself whether just worshipping an idol is enough?

What a shame it is for us girls to be born in a country with such double standards and to live amongst men who are worse than wild animals!