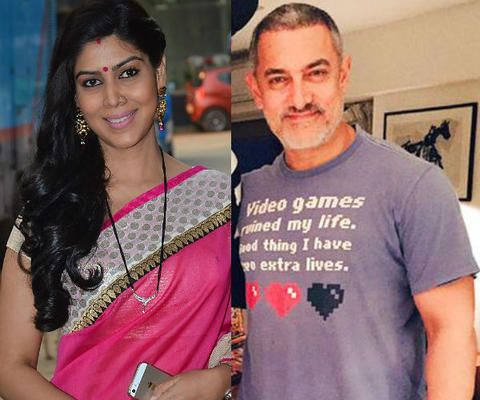 If you grab a plum role opposite Mr Perfectionist Aamir Khan, what else could you possibly want? This is what TV actor Sakshi Tanwar is going through these days. Sakshi, or Parvati Bhabhi as she is lovingly called, has been recruited to play Mrs Aamir Khan in Aamir's next film.

Dangal, is a biopic based on the life of wrestler Mahavir Phogat. Aamir Khan has worked very hard for the role, even gaining a lot of weight! Sakshi will play the role of the wrestler's wife in this film. As the current trend of making biopics on sports people goes, this could be a very exciting one as a lot of people don't know much about the real life hero.

Wow: Aamir Khan to choose an outfit for Geeta Phogat on her wedding

On Sakshi Tanwar’s praise, Aamir said, she feels the emotions while doing the scene