What Makes Baahubali the Biggest Film in India? 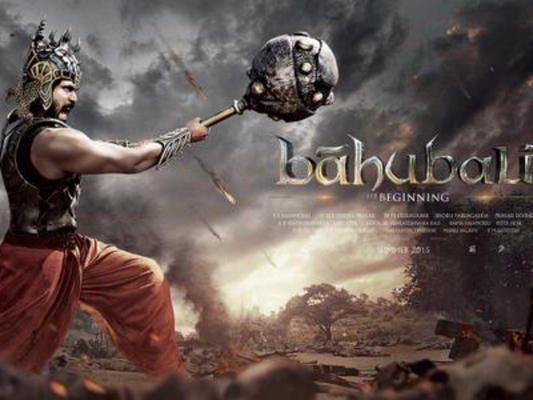 Baahubali is not just another regional film. It is the biggest film ever made in our country. Not only was the film made with a whopping budgest of 250 crores, it also took the director SS Rajamouli over 500 days to finish his film. Baahubali is the result of director's vision and his labour of love.

The film has generated such a stupendous response that the biggest Bollywood grossers have been put to shame. - The film collected an easy 50 crores on the opening day itself.

- Bookmyshow website crashed because of the insane amount of traffic generated by baahubali fans.

- In Andhra Pradesh, the tickets are being sold in black from anywhere between 3k-10k. Never witnessed in any film before! A PIL has been filed and the authorities are looking into the black marketing.

- Queues in Hyderabad for ticket purchase are as long as a kilometer!

- The craze has reached American shores as well. It is being said that the film will soon be released in Chinese and Jpanese as well!

- Theatre owners in AP are afraid for their own and their property's safety. They have asked for police protection, fearing violence and stampede!

- This must be the only film that has received no negative reviews at all!

Has this convinced you that you need to watch this mega blockbuster now?

Baahubali Writer is Now Writing a Film Based on RSS

Baahubali: SS Rajamouli is overwhelmed as he receives immense love from Japan

What?! Kattappa role was first offered to this Malayalam superstar Mohanlal

Sathyaraj apologises for anti-Kannadiga comments ahead of Baahubali 2 release

This is who, SRK will take on in the Rajamouli's sequel Baahubali 2

Enjoy this Teaser from Saaho