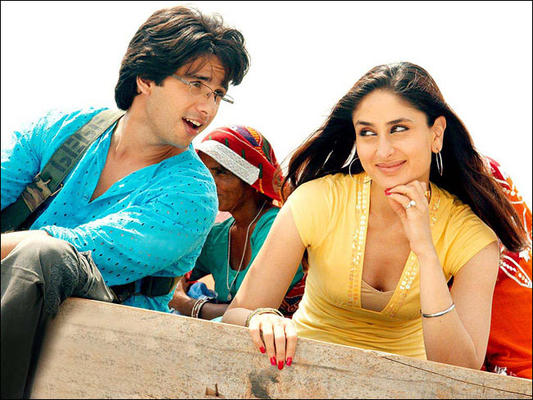 It may come as a shock to you, but ex-flames Shahid Kapoor and Kareena Kapoor Khan do indeed talk to each other. It would be quite difficult to work together if they didn't, right? The two are working in "Udta Punjab", which is a film about the drug addiction problem in Punjab. Though they are not ramntically paired in this film, they do appear to be on talking terms.

In an interview Kareena revealed, "I was aware of his marriage. Shahid had told me he is getting married. I am happy. Marriage is a beautiful commitment and I wish him all the best." When asked further if she would attend Shahid impending wedding, if invited, Bebo immediately said, "Yes, I would."

Fans of the "Jab We Met" pairing would be happy to know Kareena's reply when she was quizzed if she would work with Shahid again. She said, "For us to come together in a film, the script has to be good. There has never been a script. The script of Udta Punjab required us. But we are not opposite each other, it is a three-track film. My character is not romantically involved with him. We are part of the same drug drama. I am happy for him. He is doing wonderful work. He is a good actor. I would love to work with him."

Shahid Talks About His Personal Life

Abhishek Chaubey starts working on his next

Kareena: Motherhood has not changed my professional life

How About A Fine For Being Fat?