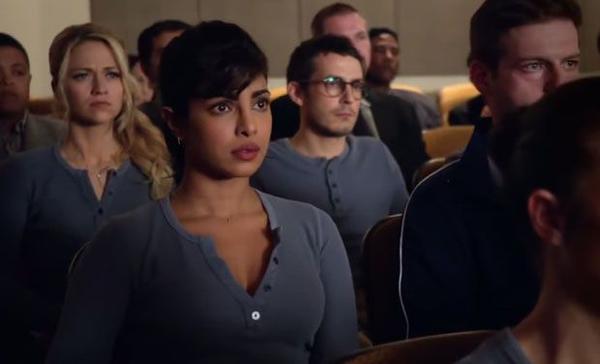 Priyanka Chopra has given yet another reason to her fans to be proud of her. She is now officially the first Indian to star in a lead role on prime time American television. Priyanka is playing an FBI intern in  the new series Quantico. The series will revolve around her as she finds herself accused for a blast and has to now defend herself and find the real culprits. She plays a half Caucasian-half Indian girl named Alex Parrish.

Priyanka tweeted the trailer of her show recently. You can watch the trailer below, it looks very interesting.

Priyanka has made waves in the Amarican media laready with her singing and her appearance in Guess ads. We can only assume that a Hollywood lead role must be on the cards soon for our Desi girl!

Drive Away Your Blues With This Picture of Desi Girl Rocking a Sari!

Priyanka Chopra At Launch Of New Song From Her Album

Priyanka And Ileana At Marrakech Film Festival To Promote Barfi

Priyanka And Ileana At The 12th International Marrakech Film Festival

Priyanka Chopra Snapped At The International Airport in Different Look

Priyanka Chopra Launches Her Single at the Nokia Store