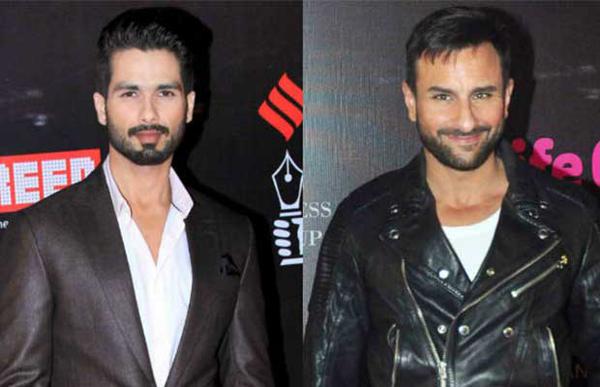 Guess what! Vishal Bhardwaj has scooped the dream cast for his next film. Only Vishal could have brought together Shahid Kpoor and Saif Ali Khan. Everyone remembers how Saif Ali Khan "stole" Shahid Kapoor's steady girlfriend of 3 years, the fading star Kareena Kapoor. Saif and Kareena have since married, and Shahid has moved on with a string of relationships and is all set to get married later this year.

Now that they are all mature and settled in their personal lives, it is perhaps easy for Shahid to forgive and forget. It is not the first time that Shahid and Saif shall work together. The two actors have worked previously with Kareena KApoor in "Fida", which is when the love triangle had actually started to take form.

The duo have been signed by Vishal Bhardway, who has played a significant role in each of their careers, to star in a film based on King Lear.

The Secret Life Of Kareena

Jab We Broke Up

Here is the reason, why Saif Ali Khan and Kareena Kapoor Khan won’t work together?

Vishal Bhardwaj has expressed his desire to work with Kareena again

Shahid: Feels 'fortunate and blessed' to work under Vishal Bhardwaj

A song sequence for Rangoon shoot in Arunachal Pradesh

Shahid And Shraddha At Red FM For Haider Promotion