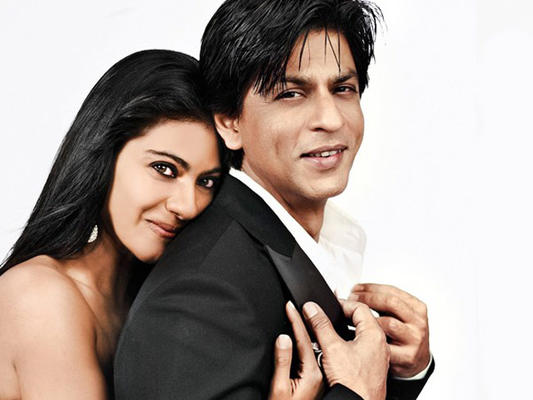 Great news for all SRK-Kajol fans - they will be back!

It is said that Bollywwod audiences love some particular box-office jodies, and SRK-Kajol is right on top of the list. So if you are a fan of this jodi too, we have great news! The duo will be back together on-screen again.

Rohit Shetty has apparently signed SRK and Kajol for his next film titled Dilwale. Varun Dhawan and Kirti Sanon form the rest of the cast. The film is slated for release this Christmas. Though it is expected to be a runaway hit considering this impressive cast, there will be stiff competition to fight. Imtiaz Ali's Tamashaa and Bhansali's Bajirao Mastaani are also slated for release at the same time. It will be a tough fight between the stars, but loads of entertainment for us!

Shahrukh Thinks These 2 Can Replace the SRK-Kajol Jodi on the Big Screen!

First Still from Dilwale Leaves Us Panting for More!

Kareena or Kajol, who will cast opposite Shah Rukh Khan in his next film with Rajkumar Hirani?

Is Varun-Alia the next SRK-Kajol of Bollywood? Here's what 'Kalank' star replied

Revealed: SRK will play a magician in Tubelight

Kajol keen to do an action film

SRK And Kajol Seen Here Posing With Their Fans In Hydrabad

First Look Poster Of SRK And Kajol In Dilwale

Biggest Gift Is Coming For Srk-Kajol Fans With Dilwale