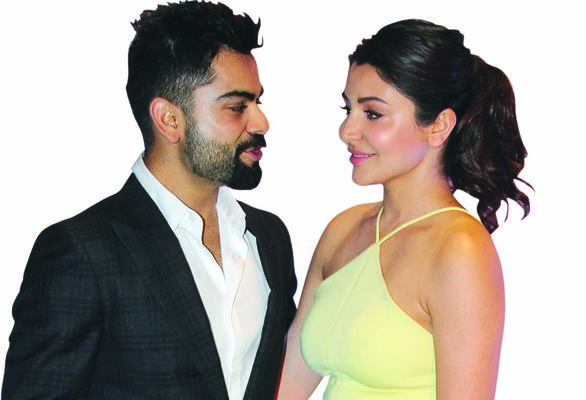 The ICC cricket world cup kicks off on Valentine's Day this year. The BCCI is expected to formally announce that Wives and Girlfriends (WAGS) shall not be allowed to stay with the cricketors during this 44 day tournament. This is not something new to the cricketors as BCCI has always had this policy. But two people who are gonna be very unhappy are Anushka Sharma and Virat Kohli, the cute twosome who are basking in the glory of their relationship. How cruel of BCCI to keep them apart on V-Day!!!

Interestingly, Anushka was held responsible for Virat's faliling performance in the early days of their relationship. But the couple did not pay heed to any of the gossip and carried on as before. Within a few matches, Virat proved to everyone that Anushka was no distraction when it came to his cricket.

Apparently, BCCI is not convinced!

IPL 2020 - Gavaskar, Virushka and a Tinge of Kangana

Why Did Anushka Have to Clarify That She Drinks Coffee?

Did Virat Just Make It Official???

Where Is Poonam Pandey?

Virender Sehwag: No setting with BCCI didn't get me Team India coaching job

IPL 2017: BCCI updates the fitness status of Kohli, Ashwin, Jadeja and others