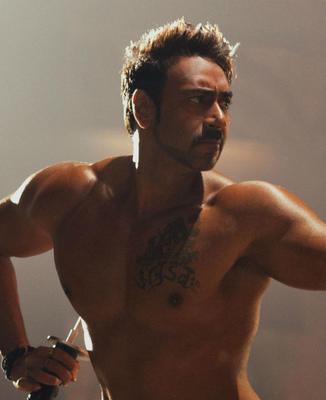 The much touted film release this weekend has performed poorly at the box office. We are talking about 'Action Jackson' which was released with much fanfare and publicity. The cast of the movie - Ajay Devgn and Sonakshi Sinha did their best to publicize the movie by attending events, media shows and interviews. However, the movie has started on a very poor note and the opening day collection of the move failed to even cross the 10 crore mark.

Compare this with the recently released 'Singham Returns' which did over Rs.30 crore on just its opening day. It was believed that 'Action Jackson' would do better on its 2nd day, but it's collection on the 2nd day was even lesser than it's collection of the 1st day. Overall its two day collection is approximately 17 crores. That is indeed poor considering that the cast is strong and it boasts of a director whose previous releases have done great business - Prabhudeva.

So why is it that the last three high profile movies have done average or poor business at the box office. We are talking about 'Kill Dil', 'Ungli' and now 'Action Jackson'. Each of these movies had a formidable star cast, two of them were Multi Star casts and were backed by production houses such as Yash Raj Films and Dharma Productions. We believe it is audience fatigue. The audience is indeed tired of mindless fare being doled out to them in the name of entertainment.

Let us hope that the much awaited and touted 'PK' will bring in some refreshing change and Aamir and Rajkumar Hirani will usher in fresh dose of entertainment.

'Commando' Or 'Nautanki Saala' - Who Won?

Stars At The Trailer Launch Of Film Action Jackson