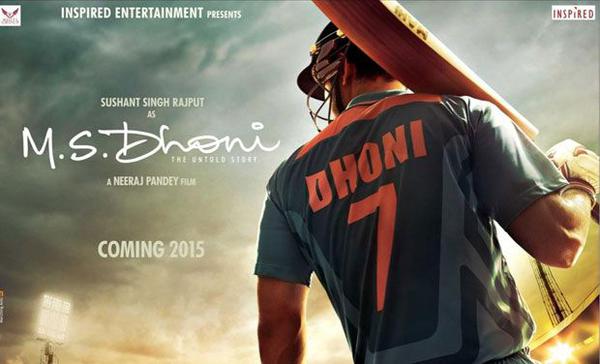 After a biopic on Olympic boxer Mary Kom, we are all set to watch another  biopic on a sportsperson from our country. MS Dhoni, who has been the most successful captain of the Indian cricket team, is definitely a great inspiration for all cricket fans. Director Neeraj Pandey is making a biopic on the popular cricketer and guess who's got the big role to play?

Sushant Singh Rajput, who is barely a few films old, has been roped in to play young Dhoni.

Guess what the twitter world said on hearing the news?

- "The way Dhoni looks now he can play the role of Dhoni's father in the movie."

-"I think I should play Mahendra Dhoni... Easy to get a hundred hairstyles on me with no damage to my natural good looks, but that's just me!"

All you need to know about MS Dhoni biopic's sequel

Wow: Dhoni Biopic will get one of the widest releases, to hit 4,500 screens across 60 Countries