Would You Like to See Sunny Leone in a Comedy Film? 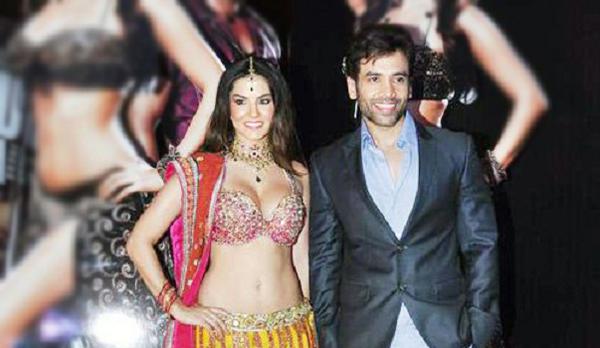 After doing an item song in Shootout at Wadala with Tusshar, Sunny is now all set to appear in a film with the actor. The two actors have been roped in to play lead roles in director Milap Zaveri's sex comedy "Mastizaade". If you thought Sunny could do a pure comedy film, you gotta be thinking again. Wherever there's Sunny Leone, sex has just got to be there too! Tusshar Kapoor is no newbie to sex comedies either! In fact, Tusshar ha carved out his whole career from this genre, so together they make a great cast for the sex comedy Mastizaade. Director Milap said, "Sunny is a big star today with both her films, Jism 2 and Ragini MMS 2 being heroine-oriented subjects and doing very well at the box-office. Tusshar is phenomenal in comedy and has been successful in the genre and casting him was a perfect idea."

Sunny is playing a Maharashtrian character who is called Laila Lele, and Tushar's character will be called Sunny Kele. The film crew started shooting on September 7 and will be released next year.

5 Reasons Why You Should Have Sex More Often!

Mandana Karimi and Sunny Leone come together for a horror comedy

Tusshar And Neha At Nautanki The Comedy Theatre Show Launch