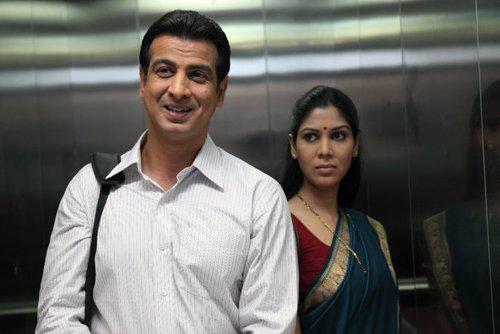 Ekta Kapoor struck jackpot with her mature love story "Bade Achche Lagte Hain" telecast on Sony Television. Now that the show is finally over and done with (not soon enough), Ekta is planning another similar love story. Balaji Productions is all set to launch another TV show with a mature love story (read middle-aged love story) as the theme.Sakshi Tanwar, who stole the show in BALH, is the favorite once again and has been approached to play the female lead. Interestingly, another TV hottie Ronit Roy has been approached to play the male lead. Sakshi and Ronit have not been paired together in any TV show even though both have had a long and successful innings at the small screen. The new show will be called "Itna Na Karo Mujhe Pyaar".

Will You Watch The Ragini MMS?

Ronit Roy's film The Line Of Descent screens at Berlinale

Richa Chadda And Nikhil Dwivedi At Trailer Launch Of Tamanchey